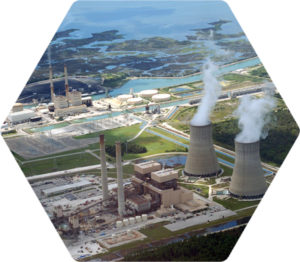 The industry is a powerful base for the development of absolutely all branches of the national economy, and the pace, scale and economic indicators of public production largely depend on the level of its development, and therefore the fuel and energy sector has always been considered an industry that determines the level of development of scientific and technological progress in the country.

The fuel and energy complex is a complex intersectoral system that includes the fuel industry (oil, gas, coal, shale, peat, nuclear) and the electric power industry, as well as a developed production infrastructure in the form of main power transmission lines (transmission lines) and pipelines that form a single network.

The fuel and energy complex has received a high level of development in Russia. The share of this industry accounts for 1/3 of the cost of production fixed assets and capital investments in industry, up to 1/5 of those employed in public production, the industry consumes 2/3 of the pipes produced, a significant amount of mechanical engineering products.

However, since the beginning of the 90s, the fuel and energy sector has been subject to crisis phenomena. The reason for this is, first of all, the development and depletion of the richest fuel deposits, the reduction of oil and coal production; secondly, the crisis phenomena in the country’s economy. Therefore, it is currently becoming relevant to review the main directions of development of the fuel and energy sectors. First of all, it is necessary to implement an energy-saving policy and changes in the structure of the fuel and energy balance. The most important areas of restructuring the structure of energy consumption are the replacement of organic fuels with other energy carriers, primarily nuclear and hydropower, as well as liquid and solid fuels with natural gas and the expansion of the use of new energy sources.