Reconstruction of the Kokoshkino station is over

Most recently, the opening of the new Kokoshkino station of the Kiev direction (MCD-4), located in the suburban village of the same name in the Novomoskovsky district of the capital, took place. Passengers have already managed to appreciate the advantages of the reconstructed station. Two platforms with a length of 270 m with canopies have been built, emergency communication stands, benches and electronic displays with information about the arrival of trains are installed on them. Access to the platform is via an underground lobby equipped with 2 elevators and 4 escalators. 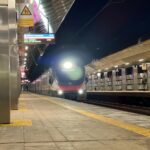 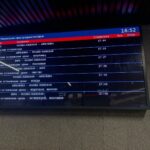 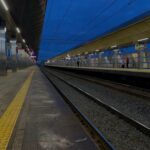 “This is not just one station — it is a huge new transport system in Moscow, which is being created thanks to cooperation with Russian Railways, the construction of the metro. The most important thing for the townspeople is to get to the center quickly, for this purpose the tracks were reconstructed, new trains were launched. And we are reconstructing the next section now, we are laying new tracks to the Kievsky railway station, and this year we will hand over two more large stations,” Moscow Mayor Sergei Sobyanin said at the opening of the station.

Kokoshkino station (originally Kokoshkinskaya) was opened in 1899. It is located in the village of the same name between Tolstopaltsevo and Sanino stations of the Kiev direction of the Moscow Railway. The station got its name from the surname of the local landowners Kokoshkins. Subsequently, in 1956, the settlement formed next to the platform was named the same. Two years ago, before the reconstruction, it was a typical commuter train stop with minimal amenities for passengers. The platforms had no canopies, and wooden decking was used to cross the tracks.